Performer, composer and teacher, Yuval Gotlibovich’s artistic activity is varied and interconnected. As a violist he has won first prize in the Lionel Tertis (UK), Fischoff (USA) and Aviv (Israel) competitions. He performs regularly as a soloist (with the Jerusalem Symphony, Real Filharmonía de Galicia, Tel Aviv Soloists Ensemble, Israel Chamber, Ostrobotnian Chamber Orchestra, Orquesta de Cambra Catalana and Texas Festival Orchestra among others), as a recitalist (Wigmore Hall, Kennedy Center, Tel Aviv Museum among others) and is regularly invited to the most important festivals in Europe.

His debut album for the NAXOS record label, featuring the viola music of Ramón Paus, has gained international recognition as it entered the top ten best-selling albums of Naxos worldwide in the first month of its release. His arrangement of J.S. Bach Goldberg Variations  in various musical styles have been recorded by Sony with the Garnati Trio.

Most Recently, Gotlibovich recorded the 2019 version of Anton Garcia Abril’s Viola Concerto, together with Real Filarmonia Galicia under the direction of Paul Daniel. This year he will record a double concerto for Clarinet Viola and Orchestra and Concertino for Viola and string by Menachem Wiesenberg with Beethoven Philharmonie under the direction of Thomas Roesner.

His passion for performance, composition and improvisation have led him to the creation of original music that accompanies silent films live. He has played these films in various film and music festivals throughout Europe. He has composed the music for the documentary film ¨Pantalla Rasgada¨ Directed by Gerardo Gormezano.

His Sonata for Viola and Piano was premiered this year at the Tokyo Opera by Nobuko Imai and Izumi Tateno (edited by Da-Vinci Editions). The piece was performed again in a tour of Japan with Tateno and Gotlibovich as well as in Rotterdam Viola congress and in Switzerland.

His completion of Mozart’s Symphony Concertante for String Trio and Orchestra (Boileau Editions), premiered at a special concert, where Gotlibovich conducted and performed as a soloist with Camerata Strumentale Città di Prato, in Florence.

Gotlibovich is the artistic director of the International Music Festival “Ciudad Monumental de Cáceres” and the Nooa composition competition. This coming October he will premiere the music to the film The Passion of Jean D’arc, in KlassiskeDage, in Holstebro, Dennemark.

Future engagments include a recording with the Beethoven Philharmonie of Menachem Wiesenberg Concertino for viola and string orchestra and double concerto for Clarinet, Viola and Orchestra. His Viola Sonata will be performed again in Ireland this coming June in the Kaloe Music Festival, together with pianist Sophia Rahman. His arrangement of the Goldberg variations will be featured this year in the Kuhmo Music Festival in Finland. Gotlibovich is a viola professor in Switzerland and Spain and has been a professor at Indiana University, Jacobs School of Music, the same school he has graduated from in the class of his teacher and mentor Atar Arad. 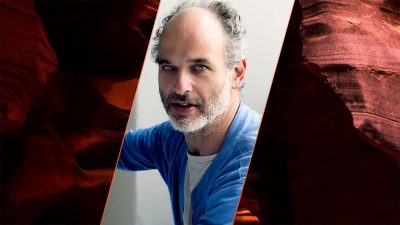 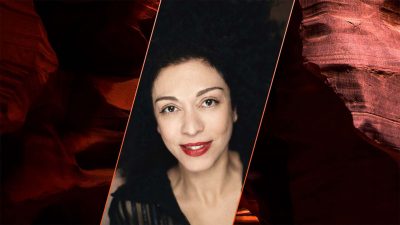