Warning: Invalid argument supplied for foreach() in /var/www/html/wordpress/wp-includes/class-wp-list-util.php on line 165

The Finns to produce a several million euro ice show

To serve the indoor arenas and arena promoters who are starving for exciting, European family audience content, an international group of performative arts creators and promoters have used the covid-19 shutdown crisis to create a new, Nordic ice show brand and a grand scale audiovisual show suitable for the entire family. This new production consisting of original composed score and a modernized take on the classic fairytale will premiere at the brand new Uros Live Arena on New Year’s Day, 1 January 2022. The show will be performed on 1 January, 2 January and 3 January 2022. This performance brings together the best know-how and talent of synchronized skating, ice skating and ice hockey, as well as the internationally most esteemed artists and creators of performing arts. Ticket sales will begin on Monday, 22 February.

This production features the mythology of Lapland and creates a new form of European art that combines sports and arts. Together with the artistic group, the internationally acclaimed Canadian scriptwriter Melissa A. Thompson, also famous for her work at Cirque du Soleil, will bring out a concept that unites all forms of ice sports. This unique entity is based on a Nordic brand, on nature and on multitalented know-how of ice arts.

– The Snow Queen offers the audience something that has never been seen in Finland or the Nordic countries before. There is clearly a great demand for ice ballet productions on the market. In Finland, we have a high-level expertise in the field of ice arts, and it gives us a great foundation to produce a show like his. With these performers, artists and partners it has become reality, states Paulina Ahokas, Managing Director of Tampere Hall and main producer of the show.

The performers for the tour will be chosen via international auditions. The concept has certain roles that will be played by each target market’s most beloved figure skating and ice hockey stars.

The Finnish production brings the brightest stars of the skating world on ice – major competition winners ranging from figure skating and synchronized skating all the way to ice hockey. The audiences will be charmed by names such as Kiira Korpi, five-time Finnish champion and three-time European medalist; Laura Lepistö, the most successful solo Finnish figure skater of all times; European champions, European and world class ice dancing multi-medalists Susanna Rahkamo and Petri Kokko; as well as figure skater Mila Kajas. The strong core of the show will be formed by the most successful Finnish synchronized skating team, Marigold IceUnity, with their spectacular achievement of 13 world champion medals, out of which five are gold. The Finnish ice hockey scene is represented by the captains of Finland’s both national teams, Marko Anttila and Jenni Hiirikoski, NHL-legend Niklas Hagman and ice hockey star Pekka Saravo, nowadays also known as a hockey commentator on television.

The producers, event organizer Tampere Hall and Kantelinen Company, have brought together the hottest names of the skating world, and also internationally acclaimed professionals in lighting design, direction, script writing and costume design. The classic fairytale of The Snow Queen will be given a new arrangement on ice, composed by Tuomas Kantelinen. He is internationally famous for the compositions of two ballet productions as well as operas and 98 film and television projects.

– Completely mesmerized by the forefront of Finnish art and ice sports, we had the courage and confidence to head for something new. The story of The Snow Queen brings great comfort into this time of loneliness and highlights the importance of cherishing friendship and taking care of your friends. This fairytale reminds us that in each of us lies the perfect capability of doing good. The show offers the most beautiful melodies, wild magical adventures, soundscapes of threat and coldness and exploding modern beats, states composer and the show’s artistic director Tuomas Kantelinen.

The show’s visual and lighting design will be conducted by Mikki Kunttu, famous for his work in some of the world’s greatest arenas and productions, also internationally acclaimed in the productions of Cirque du Soleil. The show is directed by Reija Wäre, famous for her significant musical and arena productions as well as ice choreographies. Erika Turunen, Finland’s internationally most renowned costume designer, is in charge of the show’s costume design. The ensemble choreographies are arranged by Anu “Jääskis” Oksanen, known as the trainer and main choreographer of the 13 world champion medals winner Marigold IceUnity.

– The Snow Queen is a magical theatrical story, and it fits perfectly into the arena environment. The combination of skating art and ice sports, together with music, lights, stage settings and video technology offers something for everyone – from the smallest hockey kids to their grandparents. The Snow Queen brings the visual elegance and dynamics of dance and ballet to the arena, not to mention the immersive firesoul energy, concludes visual designer Mikki Kunttu.

– The Uros Live arena is a venue for experiences of international interest. It is fantastic to have The Snow Queen as a show during our arena’s opening season. It complements the targets set for the wide audience groups that the Tampere-based arena will attract. The show is interesting for the whole family, and it offers an opportunity to come and see the arena is all its glory, states Marko Hurme, Managing Director of the Uros Live arena.

The opening of the arena will take place at the end of 2021, and it will be an important landmark even on a European level. The Snow Queen ice show will be included in the culture strategy of the City of Tampere when it is applying for the position of European Capital of Culture in 2026.

– In this show, arts and sports will be combined with great expertise. We are excited to contribute to enabling this production, both in terms of applying for the European Capital of Culture in 2026 as well as for Tampere being a city of great events. What we have here is an international grand show, says Perttu Pesä, leader of the capital of culture application project.

The Snow Queen project has been enabled by the funding of The Ministry of Education and Culture, The Swedish Cultural Foundation in Finland and The City of Tampere. The main partner of the project is JC Decaux. Other partners are Uros Live, Lapland Hotels, Lippupiste, The Finnish Figure Skating Association, Sanoma, Finnish Broadcasting Company Yle and Aito Media. Also partnering are The Finnish Ice Hockey Association and Veikkaus. The Snow Queen shows at the Uros Live arena in Tampere are on the following dates: 1 January, 2 January and 3 January 2022. One of the three shows is in Swedish. The ticket prices are 39–79 euros. Ticket sales will begin on Monday, 22 February 2021, at Lippu.fi 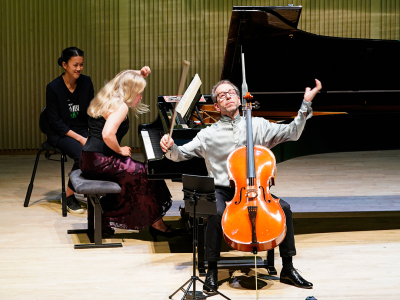 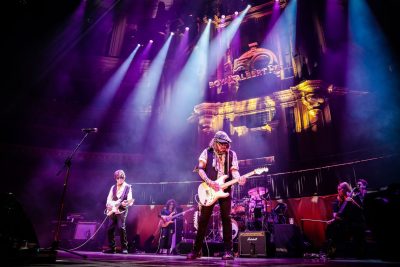